Vacation…yup. It was awesome and MUCH needed. Toblerone and I took 4 days with the idea to travel to the Austrian Alps and to skip across the border to check out Italy! I was pretty pumped to add another country to my list of “countries I’ve visited.”

We traveled to Stubaital which is a valley that runs through the Austrian Alps. The really really incredibly massive and beautiful Alps. It was actually pretty different from other times that I’ve been. We drove up on top of the mountains and then there were little ski lodges and ski towns up on tops of these massive beauties. It was quite bizarre actually!

We enjoyed the naked spa as usual (heehee) and Tobi skied down a massive glacier. We took a quick little trip over to the Swarovski Museum in Innsbruck, Austria. This was actually probably one of the best museums I have ever been to. I was VERY surprised. I thought it was just going to be a room full of jewelry and such but they turned this place into a massive interactive art museum. Each room used crystals in it’s exhibit completely different than the last. What a really incredibly place! I saw it on Pinterest actually and never imagined I would be close enough to go visit it. And sure enough! I was stoked at first about the unique fountain outside but the inside was the best part! 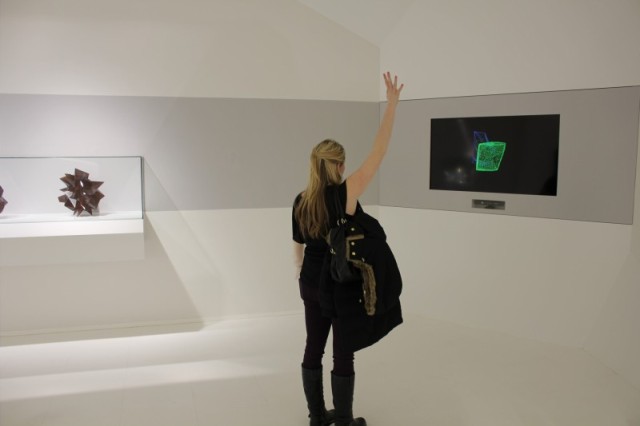 Toblerone and I also tried to be as young and fun as we once were so we went to a few bars at night but we really just wanted to go home to bed! My how the times have changed! But we played darts and watched the youngins down their drinks!

Date Night for these old folks! 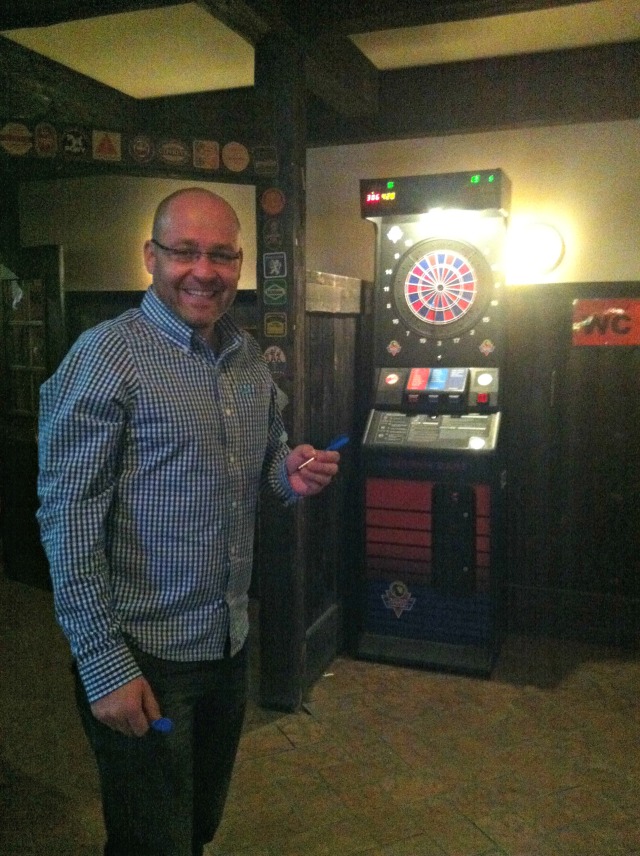 We filled our bellies with yummy 6 course meals…ok more like stuffed ourselves..forgetting completely about the fact that I have to fit in my wedding dress in 4 months. Lord help me! But it was worth it!

Then the last two days we headed to Italy. Granted, we stayed close to Austria so the scenery looks similar but the atmosphere is different. You can somehow feel it. I was so bummed about the service at the hotel in Austria and we crossed the border into Italy and something in the air changed everything. Maybe it was the fact that their stores are open on SUNDAYS!!!

I got to cross off something from my bucket list in the coolest way! I always wanted to be in two places at once and well… 🙂 Right on the border crossing into Italy for the first time in my life I was in Austria and Italy. Two places at once! Totally rad! 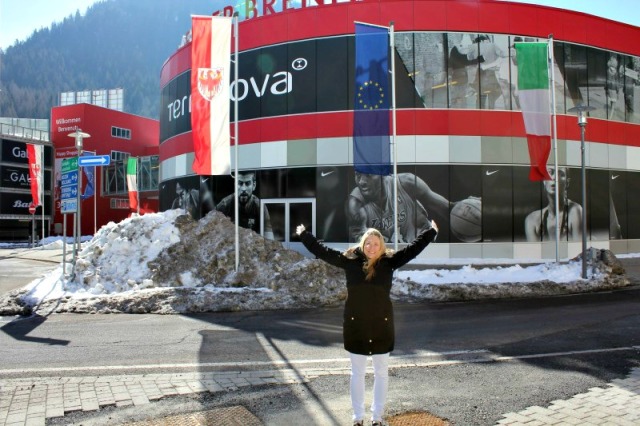 We were in a town called Vipiteno, Italy which was just across the border of Austria but what a darling little place! Everyone knows German but prefers to speak Italian of course. It was so fun to watch people switch back and forth between the two languages. And it’s really no joke…Italian is one of the most beautiful languages in the world. I could have listened to them all day long. We got to enjoy a mini wine tasting in one of the liquor stores and had fun looking at all the different foods they had there.

We started off in a little mini cafe/wine bar and to my surprise, we weren’t the only ones drinking wine at 10 in the morning! But the Italians are so cool about it all. They had a glass of wine, an espresso close by, and a water. You can tell they appreciate the good things in life. Food and drinks! 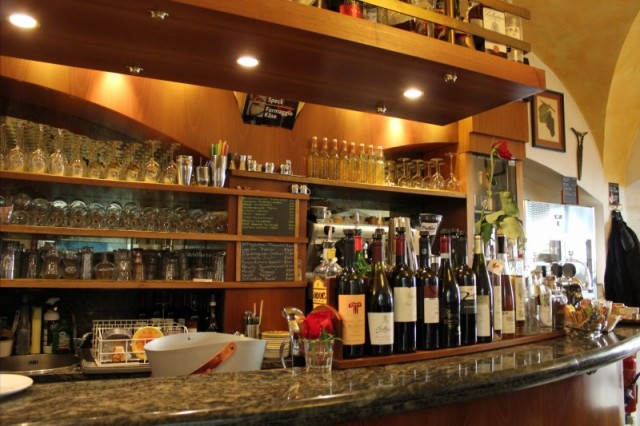 Our hotel was gorgeous! Sadly we only stayed one night but we were just so in love with this place. So relaxed and there were many people but it was kind of nice. 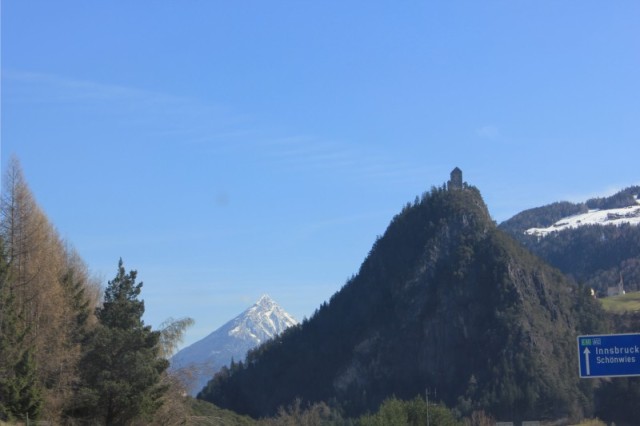 Not to mention..the dinner was INCREDIBLE!!! I can’t even put it into words. The dessert was a massive room filled with mini desserts! Omg…I took horrible pictures because I felt like such an American but you can get the idea! It was really really amazing. I over-ate on purpose. No shame!

Before I left I was able to pay homage to a special part of my step-dad’s family. His mother is from Austria and his Dad from Italy. I made sure to light candles for them all in a church in Austria and in Italy too. It was so special for me to be able to do that in one trip. His family had lived in the US for a long time so after they had died, I don’t think (to my knowledge anyways) that anyone was able to give their souls peace in their homeland. Was pretty special. But magically enough, both churches had incredible views of the Alps and I felt like these two spots couldn’t have been better to do this. 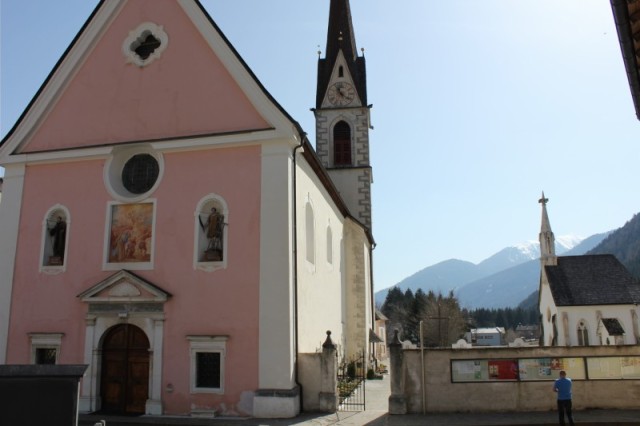 The church in Italy

Outside the church in Austria 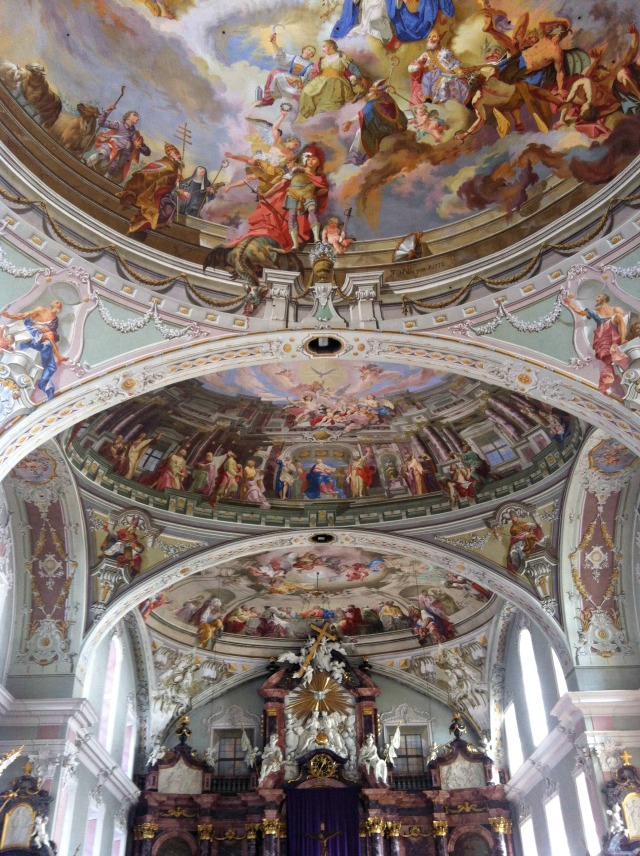 Inside the church in Austria

If a trip has to end…then please let all trips end like this one did. On an incredible high note. Money well spent!

(P.S. In the next week or so I will be posting up hints in the form of pictures to a MASSIVE REVEAL OF A SECRET I’ve been keeping since January! Please follow me on my facebook page to get these hints and be in on the fun!)