So it’s 4am here in Michigan and I decided to write a bit as I sit here in the dark on the couch. Time got away from me since I last wrote. I announced to the world we are having twins and then life just started to fly by!

I am now 33 weeks along and I look gigantic. Now it’s just a matter of trying to keep these little babies in!

In August we took a baby moon to Cape Cod and it was MUCH needed. You all know how much we love that place and I couldn’t imagine not going. It was a rough flight though. I was only about 13 weeks or so at that point but I was SO uncomfortable and the nausea…oh man. That was rough. 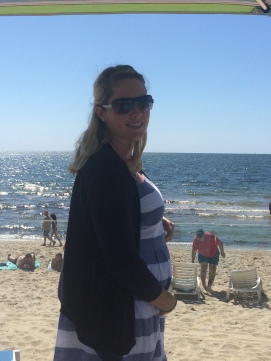 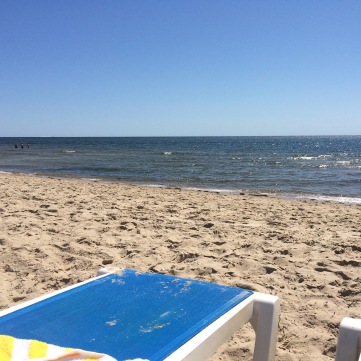 There is really something to be said about the healing powers of the ocean. I’m no hippy but for the first time since I found out I was pregnant, I could EAT. I even dabbled in a lobster roll 🙂 My parents were able to join us as well for the weekend which was so nice! Who knows when we will be able to do that again! 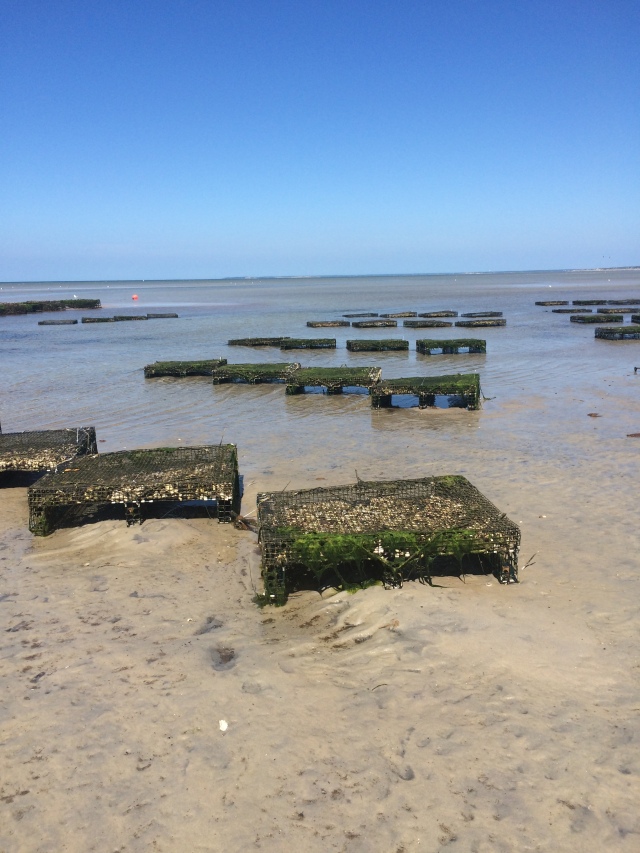 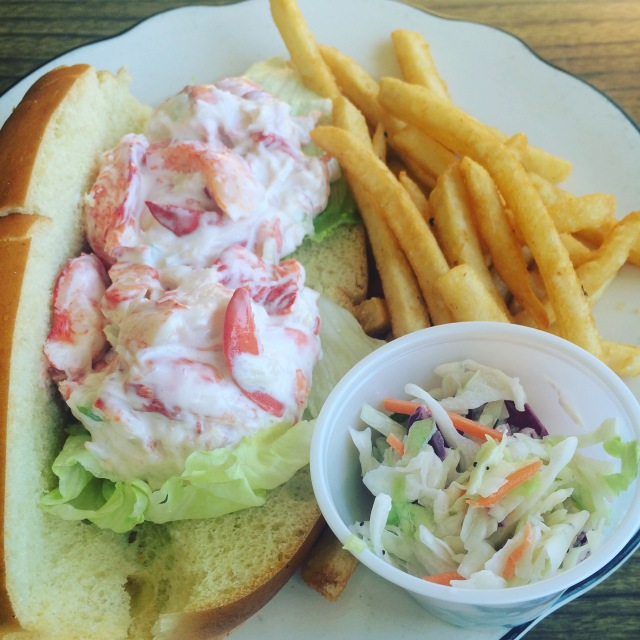 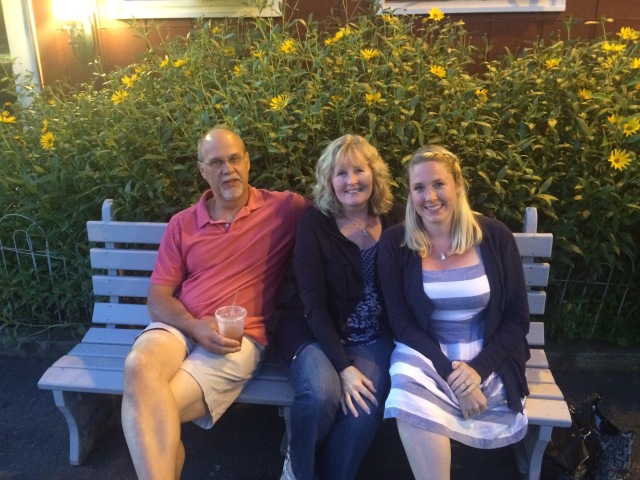 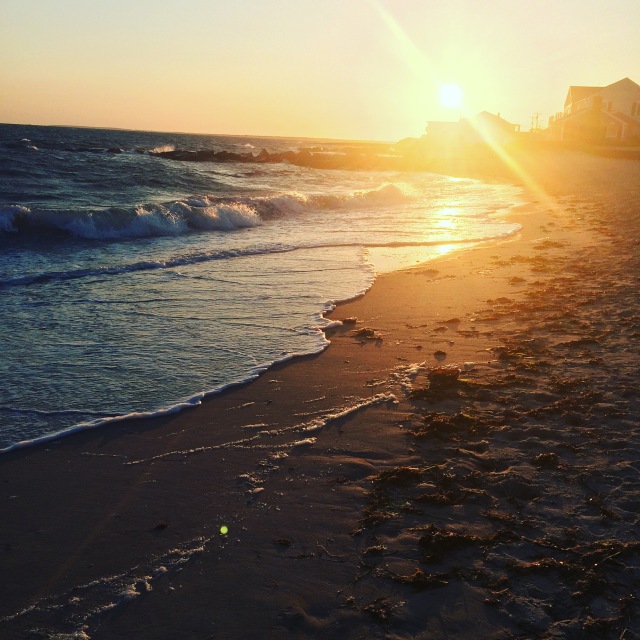 As soon as we got back to Michigan, I was sick again. I wish I could have bottled up the ocean and brought it home with me. I’m not sure we will make it next year with the two babies so that will be hard on the heart. It will be our first time not going in over 7 years.

We went to Germany in September as a last hoorah you could say! Unfortunately, Toblerone had to work the majority of the time and I was left to my own devices. The things we planned (soccer game, Oktoberfest, etc.) were quickly shot down because of my growing belly and the risk of being around rowdy drunk people. So, we did a lot of visiting with family and catching up. 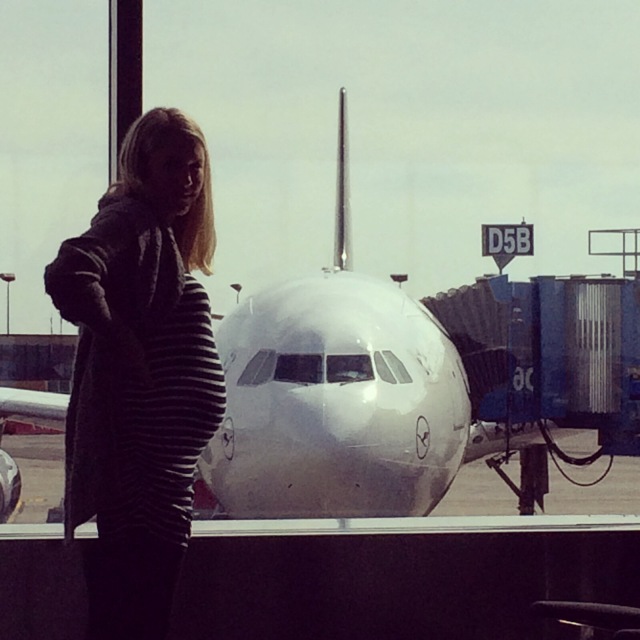 The plane ride…oh man. Let me just tell you something. I do NOT recommend that. I was 16 weeks when we left and I was just about 18 weeks on the way back. A 9 hour flight stuck in the same position really does a number on the body. For two days it felt like my stomach was in a vice grip. Ouch. I will NEVER fly pregnant again. That crap is for the birds! However, I did it all for the Schnitzel and cake! I ate like a champ there. I definitely have two little Germans growing. All they wanted was the typical southern German fare: Fleischsalat, Schnitzel, Spaetzle, and gravy. 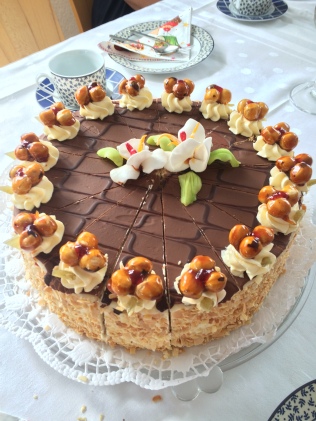 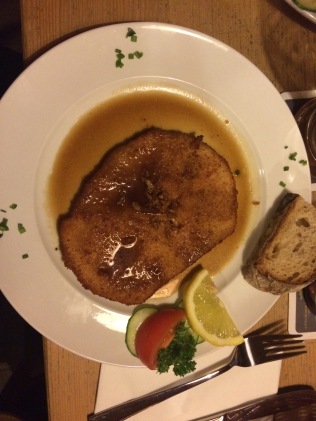 We had a great time catching up with all the family! I spent lots of time taking walks and going to lunch at Toblerone’s Omi’s house which was nice to catch up with everyone and keep my German going!

We were there during a holliday “Erntedank” that they celebrate here. It literally means “Thanksgiving” or “Thanks for the Harvest.” They are thankful for all that the world gives them. This first picture of the world and biblical friends was made from flower petals that were turned into powder and then this was “painted” somehow. Really incredible stuff. Plus they showcase vegetables and fruit that they are thankful for. It really was amazing to see in person.

On top of all the fun, we revealed the Genders to Omi and Opi by having them open two gifts and….well…:-) Guess we gotta stock up on Lederhosen! 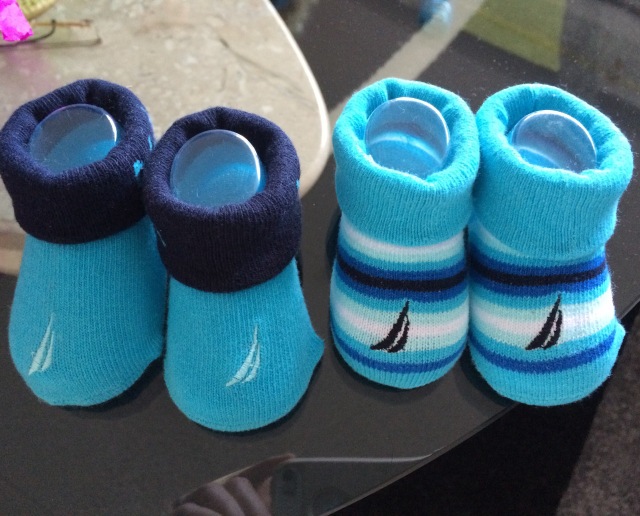 Until next time, Readers!!!! xoxoxoxoxoxo