We all know that one of the greatest perks about living in Europe is the plethora of castles at every turn. For me, I see one at least every few days. They are just everywhere and not to mention, most are preserved quite well. Thankfully, I’m not yet desensitized to seeing these massive architectural masterpieces. The magic is still very much alive!

Recently, Toblerone told me he had a surprise to show me and I always get pretty excited for these! We parked in the middle of the woods, and we walked quite a distance until appeared, from behind the thick trees, ruins of a castle built long ago. 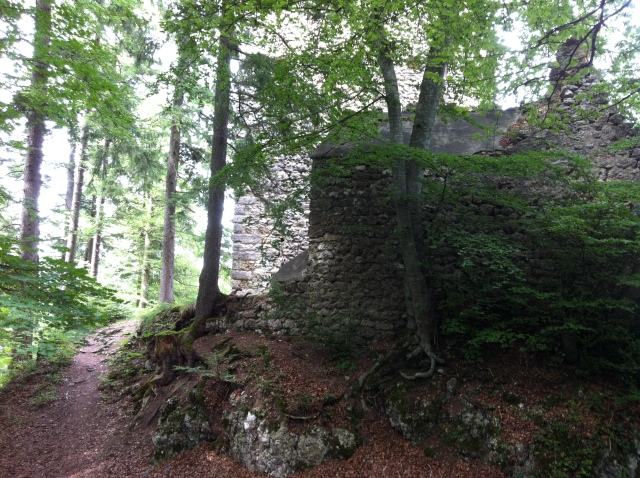 There was something really eerie and heart breaking about it. And although it was ruins, you could still imagine the people living here long ago.

The history of the castle is stated on a small sign that also shows you what each room was used for. 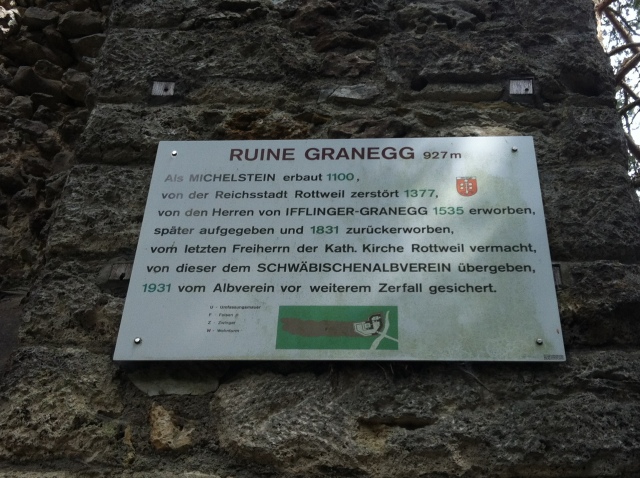 It Reads:
Michelstein was built in 1100
Imperial City of Rottweil destroyed it in 1377
Acquired by the Lords of Ifflinger-Granegg in 1535
Later abandoned and in 1831 it was bought back
Bequeathed by the last Baron of the Catholic Church in Rottweil
Transferred from the Swabian Hiking and Preservation Club.
In 1931 ownership granted to the club to keep the castle from further decay. 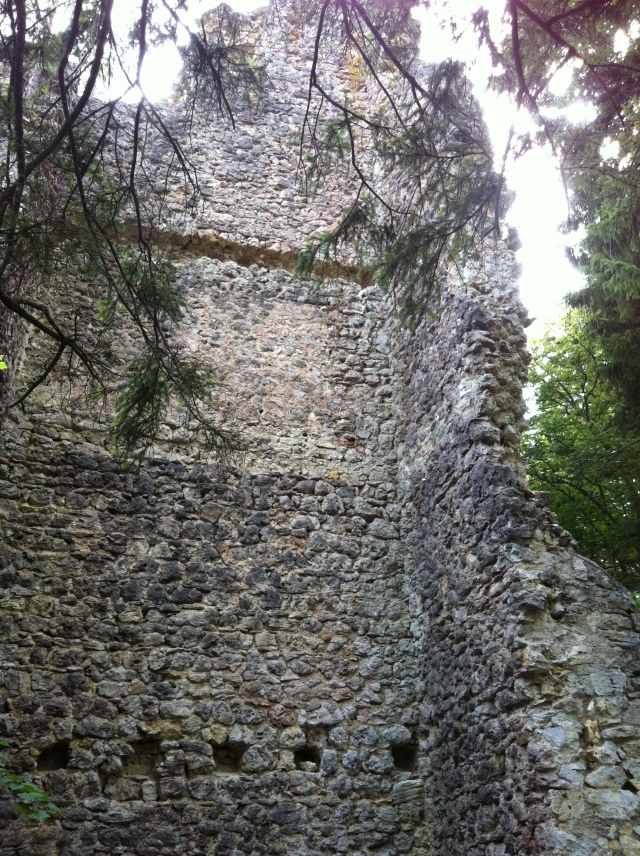 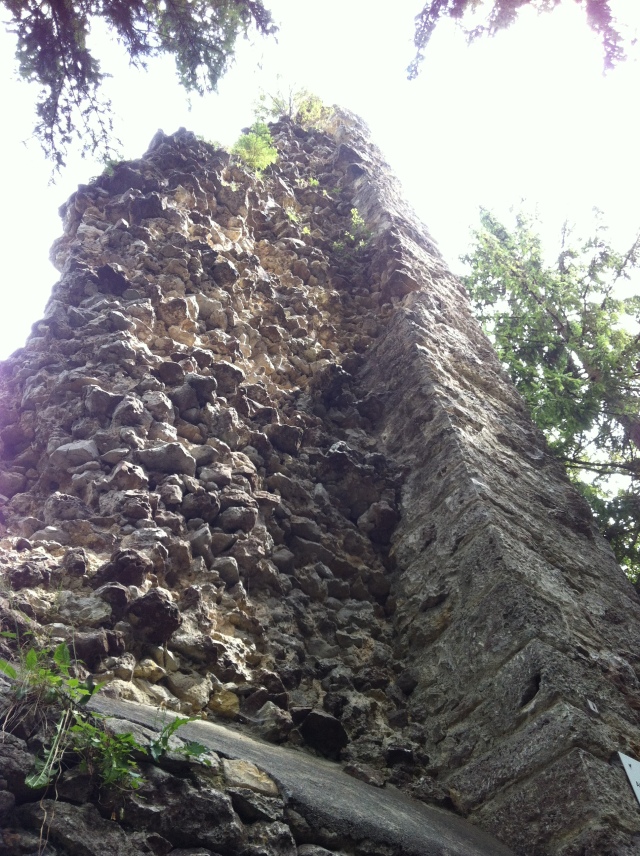 Nestled high up on a mountaintop, far away from anything else, this castle had the perfect view of the small village below.

It’s still so amazing to me how much history is here in Germany. How lucky I am to be surrounded by it all. Reading about this in school holds no candle to actually experiencing it in real life. FIELD TRIP!!!!

Until next time, Readers!!! xoxoxo

2 thoughts on “A Secret Castle In The Hills”