This past weekend was the Superbowl of soccer here in Europe. The Champions League Final. I’ve probably learned more than I ever thought I would about soccer since meeting my husband over four years ago but it’s been interesting to see this side of the sport world. The Germans ask me all the time what I really think about soccer here in Germany and I always tell them that it is, without a doubt, better than American football. (Sorry for the football fans but what a waste of time that game is!) The Superbowl in general is (and correct me if I’m wrong) more of a reason for us to drink and eat fatty foods while waiting for the greatest commercial to come on and wardrobe malfunctions to happen. Am I right? Or am I right? The biggest difference is the “entertainment” factor. Here, soccer is all about the sport. There are no half time concerts and no billion dollar 30 second commercials. In the US I feel like football is all about the entertainment and the “show” much like politics are, but what do I know! 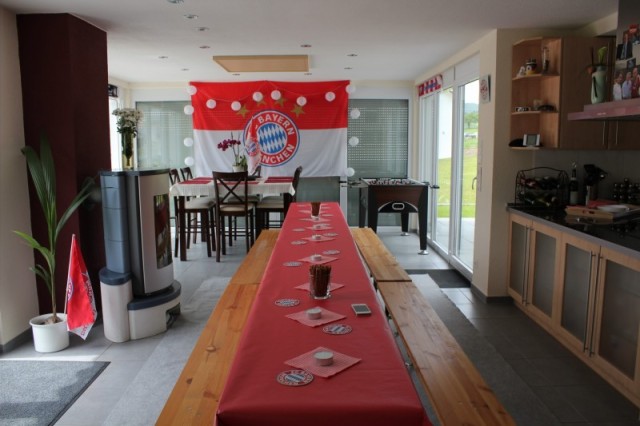 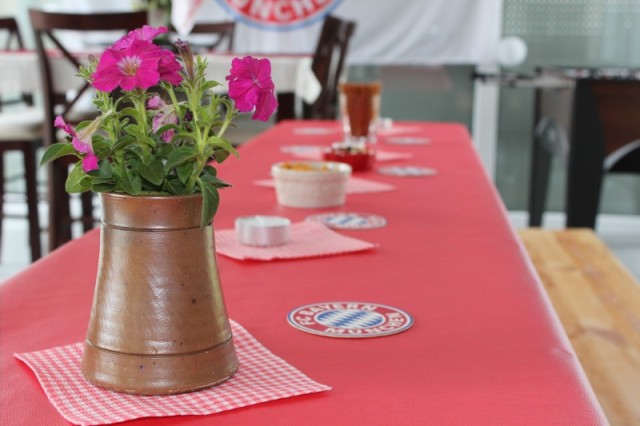 This past weekend we had a Champions League Final party. Toblerone’s FAVORITE team, FC Bayern Munich, was playing against Dortmund which is the German rival. Amazingly enough, all the teams in Europe had to fight for the top two positions and somehow two German teams made it. For Germany, this was HUGE. We organized two kegs of the best beer shipped in directly from Munich (3 hours away), we had white wurst with sweet brown mustard and pretzels (typical food from Munich), and salads galore! Toblerone organized a beamer and projector screen to show the game as large as possible right in the middle of our living room. (The things I allow him to do…) It was an event not to miss and my LORD am I thankful FC Bayern won. Otherwise, I think I would have to put my husband into therapy. They take losses so personally here so it was the best for all! Here’s a little glimpse into the weekend! Next time, you are all invited!! 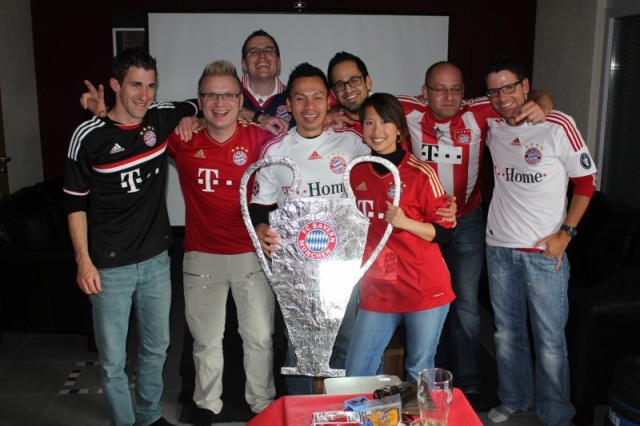 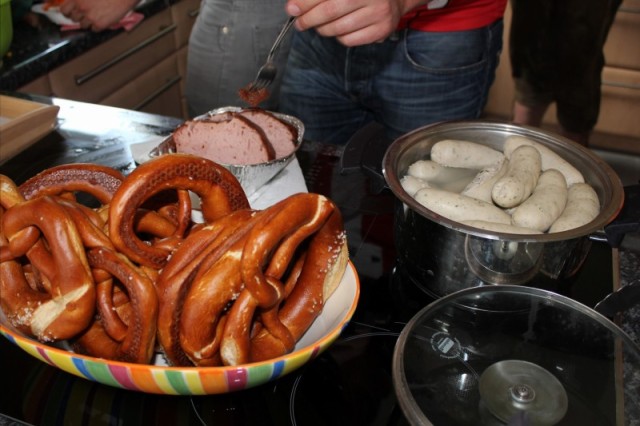 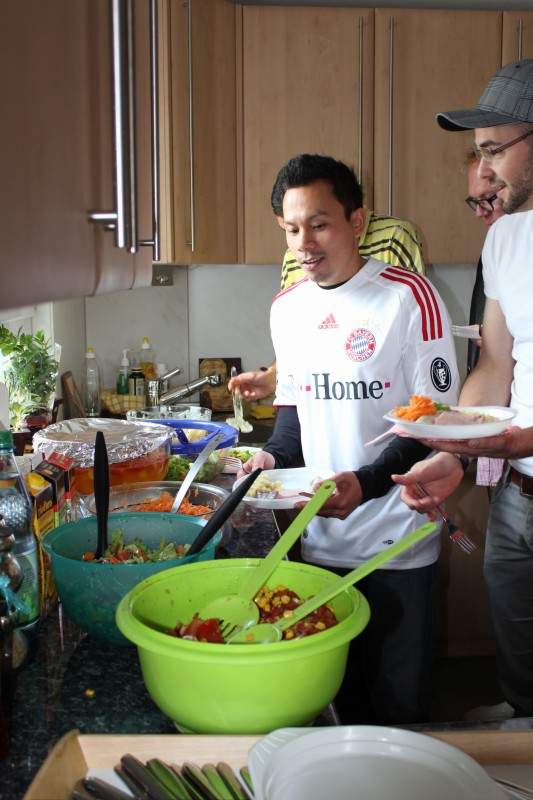 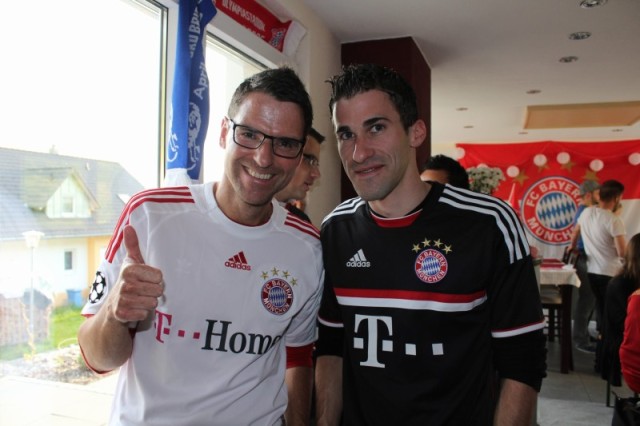 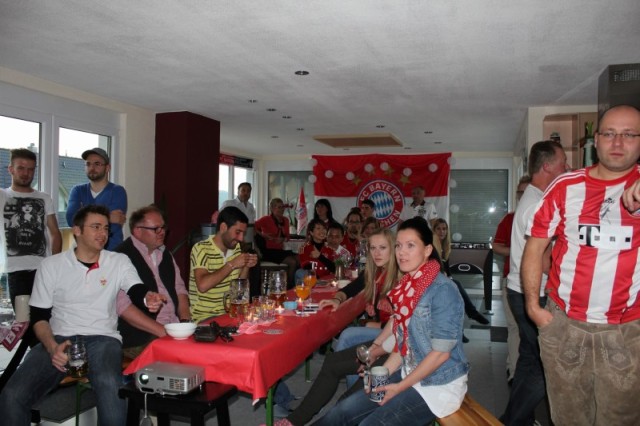 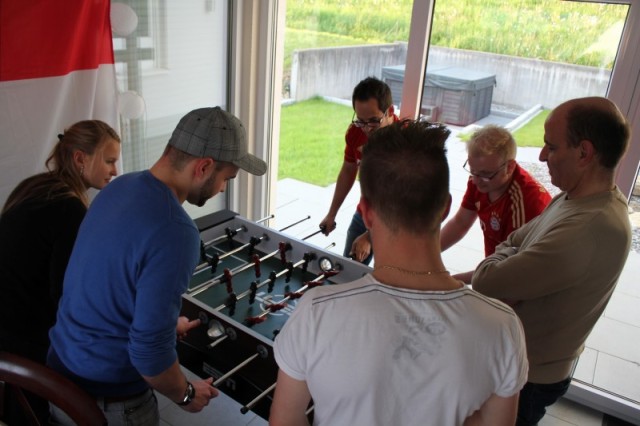 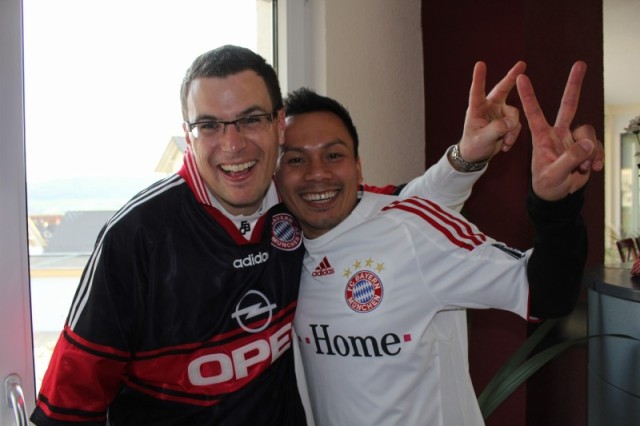 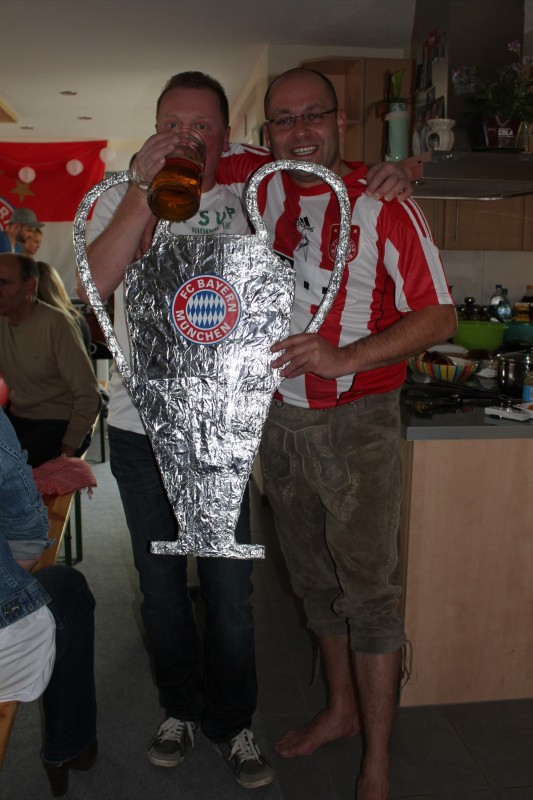 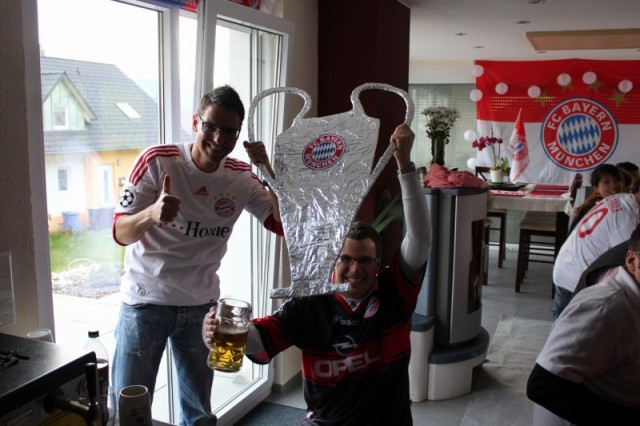 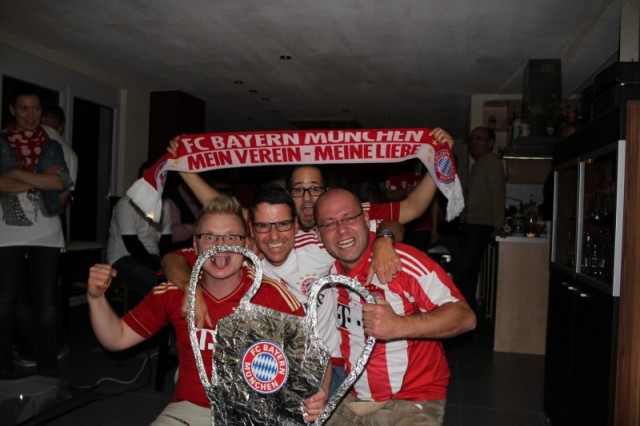 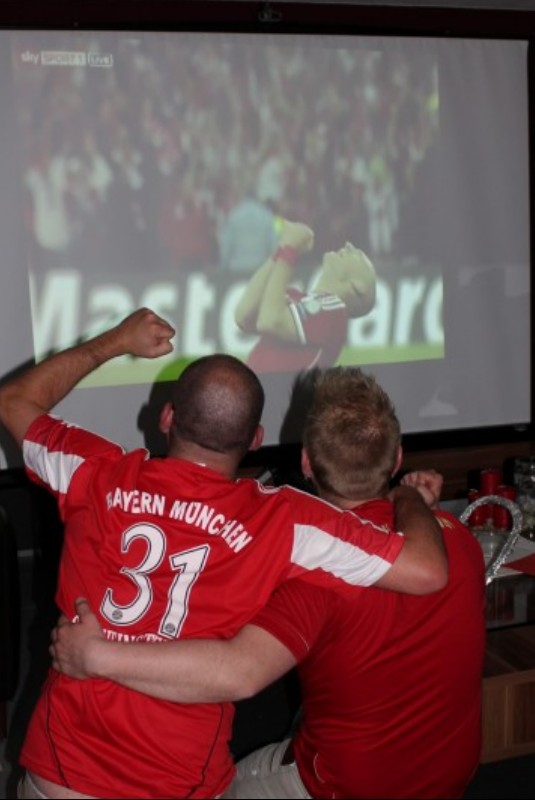 Until next time, Readers!!!!! xoxoxoxoxo 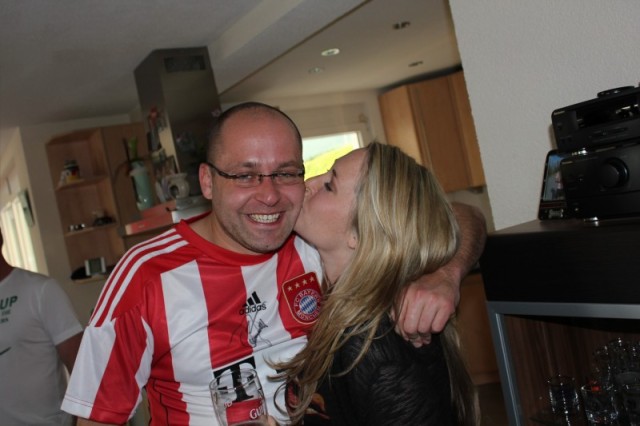 8 thoughts on “FC Bayern Munchen For The Win!”