This weekend was the first semi-nice weekend since last year that it was just me, Toblerone, and the Harley Jones ButtButt. We actually took it really easy but it was nice to just be us and be at home. We’ve had a lot of visitors (which I LOVE! Gimme more!!), lots of family get together things, soccer games, and work. But this was the first weekend I actually felt relaxed and able to pull myself together enough to clean the house (which I’ve been boycotting for a few weeks.) Here’s my weekend in review!

Saturday morning I woke up and tried to make toast with my toaster that is ten sizes too small….seriously.

BUT THEN….I FINALLY got my Easter bunny package from my momma! Get this, she sent it out on March 23rd and it arrived on May 4th (Birthday to my Dad!). So I threw the toast over my shoulder and ravished through that thing eating up all the yum yums before Toblerone caught on. Then he wanted in on the chocolate chaos!

Later that day we went to what we thought would be the Farmers Market but ended up being the giant annual flea market!! Which I was in HEAVEN! I always liked flea markets because I relish in the stories of the items. Who owned them? Were they used a lot? That kind of thing. But in Germany, this is like a whole new realm! They have different old stuff and its cool! I keep making myself into a bigger nerd than I want to be! 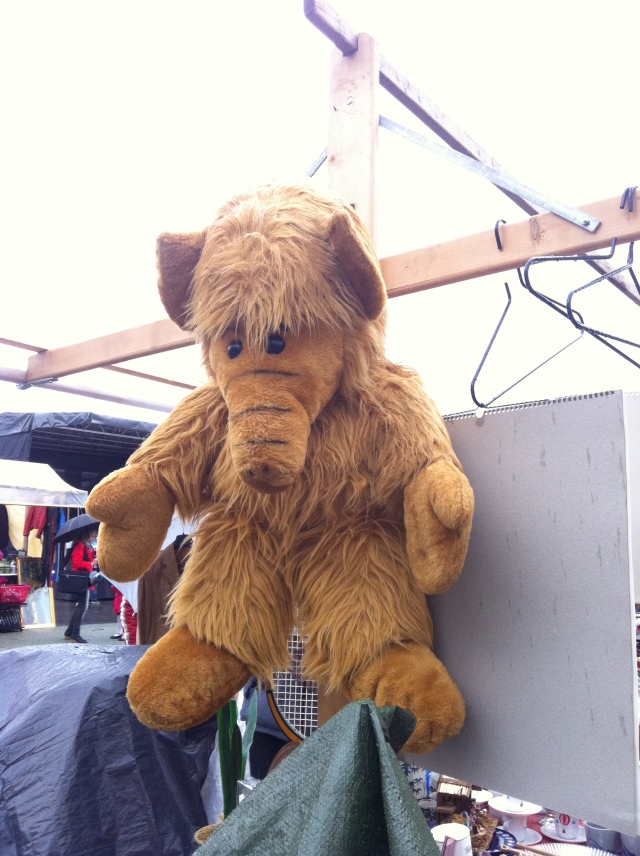 Check out this prize!! Who remembers Alf?!?!?

So I ended up talking with this old guy and he had so many antiques and I bought from him a musical beer stein for my collection. Yes, I’m collecting but only ones that are from Germany. Then I got two decorative things for my “Cape Cod” guest room. It’s my happy place and not close to finished but it’s slowly getting there! 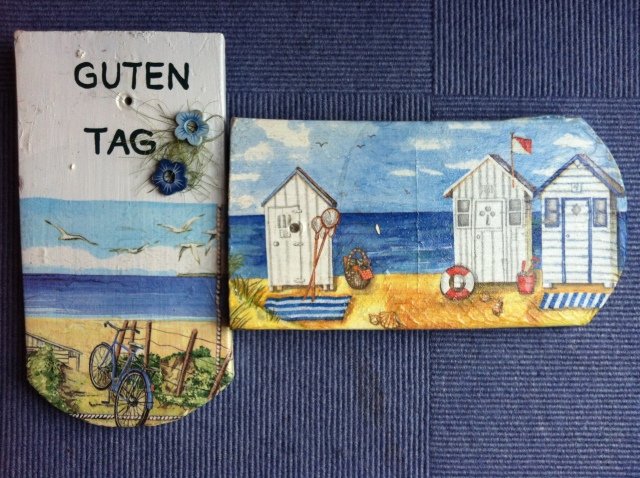 After the flea market it started to pour. Germany seems to be a lot like Seattle. It is ALWAYS raining in springtime. Want to punch babies! I need sunshine!!! PLEASE!!!! The hubs got me set up on the couch with blankies and my comfy pants and a tea. I wrote a blog or two and just chilled out. It was fantastic! Just what I needed.

Sunday I cleaned the entire house while Toblerone was at his soccer game. He came home with a black eye trying to hit a header and some other kids head smashed into his face. Awesome. However, now I can imagine him as Brad Pitt in the fight club and it’s sexy! 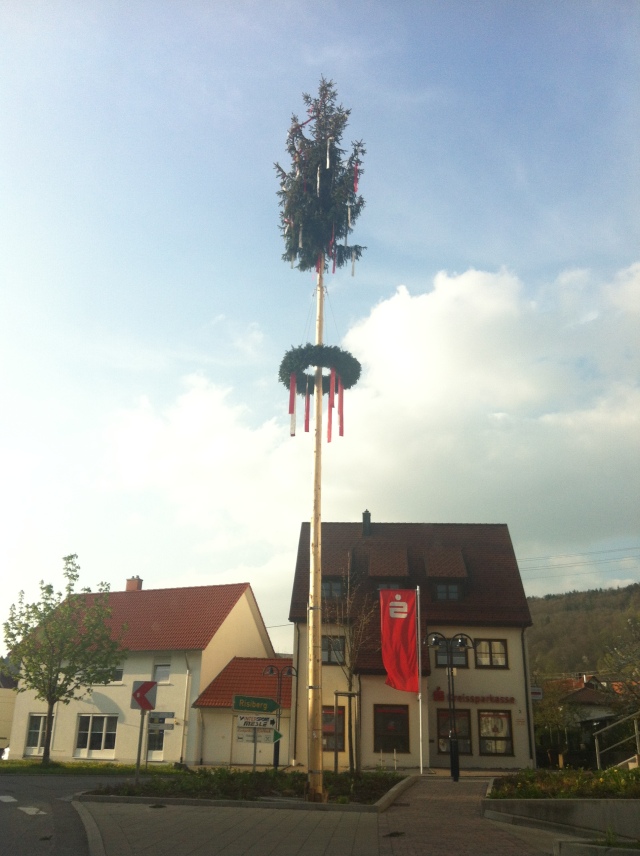 Our town’s Maibaum = May Tree

We went out to dinner to celebrate his parent’s 34th wedding anniversary and I had asparagus cream soup and a salad. Asparagus only really comes out this time of year in Germany and its a special time. So, we have to eat it up while we can. They are big on white asparagus with hollandaise sauce.

After that, we sat outside to soak up the remaining bits of the sun with some white wine while Toblerone iced his face!

Look closely into the wine…Can you find the upside down church steeple?

What did you do this weekend? Anything exciting?!