I’m not sure why this spikes my interest so much but it just seems so fun to me that each McDonalds prepares food that is considered “normal” for the country it’s in. For Americans…it’s milkshakes with loads of whipped cream and a cherry on top. For Germans, just a milkshake…no extra fluff…aka calories. I don’t eat at McDonalds anymore unless we are stranded and nothing else is available, for the record.

Take a look at some of the things German McDonalds offers that America doesn’t.

First up, I present the “Chicken Bagel” – Chicken on a sesame bagel with rucola salad, cream cheese, and a lemon pepper sauce. Hmmm….it’s supposed to part of the “American” promo they have going on but we all know we don’t put chicken on bagels!! Not sure which “American” advised them of this but they clearly have been living in a cave. Am I wrong?! 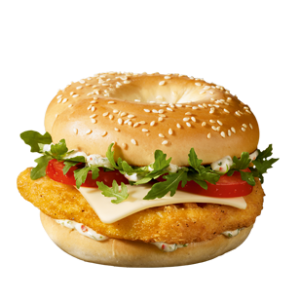 This is pretty common and was weird when I first saw it but here we have “Golden Corn Nuggets” – Chicken nuggets in a corn flake outside with corn and melted cheese in the middle. Any of their ‘crispy chicken’ items are crispy not breaded. The Crispy meaning literally rice crispy treats! So strange! 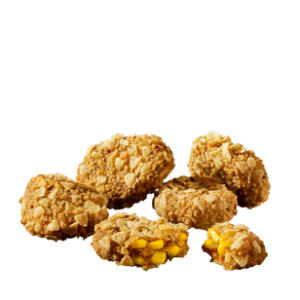 Next up, the “McFish” – Similar to the Filet O’Fish but with ketchupy tomato chunks on top instead of the usual cheese and tartar sauce. 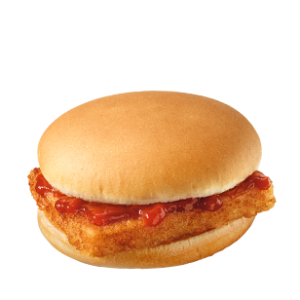 Getting into the breakfast items is my favorite, this is where I really could see the difference between the US and the Germs. Take exhibit A: “Classic Breakfast” – Typical German breakfast with rolls, jelly,butter, nutella, or honey. 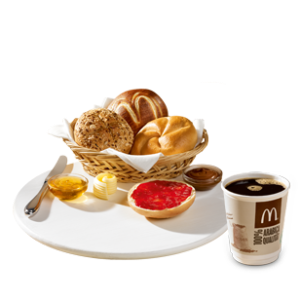 And something similar yet different is the “McGriddle” – In the US we know this as a pancake like bread with syrup cooked into it, sandwiching a sausage, egg, and cheese. Kinda of wild and actually disgusting but the Germans have their own take. It’s just two pancakes and you’re given a bit of honey to dip it into…not syrup…honey.

Would you eat any of these? Looking between the two you can really see the differences of over the top FAT and proportionate. The big breakfast plate options in the US are disgusting, and over doing it but at the same time…thats what makes us Americans. Not necessarily the fatter foods but the eggs and sausage and bacon. Thats us! The Germans breakfasts are normally rolls with cheese or bologna or ham. It’s a different world out there, friends! Taking it all in stride one difference at a time!

9 thoughts on “The German McDonalds Experience”